CHICAGO:  wheat futures rose to $11.2 per bushel in mid-April, the highest in one-month and 32% higher than prices before Russia’s invasion of Ukraine amid concerns of supply shortages and lower stocks.

The USDA lowered global ending stock forecasts by 3.1 million tonnes to 278 million, largely due to lower Ukrainian exports, projected to be 50% of last year’s sales at 18.2 million tonnes.

Data from the FAO expects Ukrainian wheat production to significantly fall in 2022, with at least 20% of winter plantations not being harvested due to direct destruction, constrained access, or lack or recourses to harvest the crop.

Also, a declining economy and shortages of agricultural inputs is expected to negatively impact Russia’s output. Together, Russia and Ukraine were responsible for nearly 30% of world wheat exports before the war. 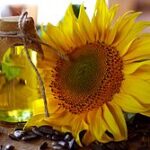 Next Article Palm Oil Surge Above 6,300 Riggint Per Tonne Due To Strong Demand

CHICAGO: wheat rose past $10.3 per bushel, rebounding from the one-month low of $9.8 on April 1st as investors weighed on the potential impact of […]

Wheat : Chicago wheat futures dropped to $7.6 in August, approaching the six-month low of $7.5 touched earlier in the month and trading below levels […]