Residents of Namibia are forced to pay an unusually high price for vegetable oil due to the consequences of the situation in Ukraine. This was reported by The Namibian on Wednesday. Desert and arid Namibia imports almost all food, and the price dynamics for it in producing countries is immediately reflected in the Namibian consumer.

The publication cites the Namibian Consumer Price Bulletin for February this year, according to which the prices of vegetable oil and cooking fats increased by an average of 13.4% compared to an increase of 10.6% in February 2021. As a rule, the consumer has to shell out 100 Namibian dollars (about $7) for a two-liter bottle of vegetable oil.

According to Namibian economist Salomo Hei, “vegetable oil is one of the foundations of the country’s food basket, as it is used in the preparation of almost all dishes.” “In the face of declining incomes of the population, this factor puts very strong pressure on families. The conflict between Russia and Ukraine will also affect inflation in March, so prices will rise in the second quarter,” Hay predicts. He recommended that Namibians “buy only the bare necessities and perhaps start self-sufficient food.” 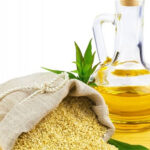 Next Article Samara Region Have Enough Sunflower, And Seed Reserves In 2022

South Korea: Foreign Minister Chung Eui-yong said.That To  “proactively” considering the issue of supplies of liquefied natural gas (LNG) to Europe, if it is necessary, and hopes […]