WTI Crude: Oil Rose 1% to around $99.5 per barrel on Tuesday after a 2-day decline that drove prices below $100, as investors reassessed the impact of China’s worsening Covid situation on the outlook for global demand.

China’s central bank on Tuesday pledged to increase support for the economy as authorities in Beijing expanded virus testing to most of the city, raising concerns about a lockdown of the capital.

Meanwhile, analysts argued that the supply picture remains tight and that bargain hunters appeared to be taking advantage of sharp falls in oil prices.

The risk that the EU may decide to join the US and UK in banning Russian crude imports also loomed over the markets, as the war in Ukraine rages on.

European buyers declined to purchase millions of barrels of Urals crude from Rosneft PJSC, while Asian oil refiners shunned Russia’s Sokol from the Far East due to sanctions on a tanker company that ships the cargoes 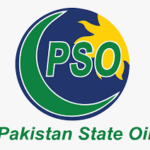 Previous Article PSO Rules Out Shortage Of Diesel In KARACHI

Next Article Palm Oil Rebound To Above 6,400 Riggint Per Tonne

KUALA LUMPUR:  Malaysian palm oil futures edged below the MYR 3,750 per tonne level on Friday, retreating for the second consecutive session as slew of […]