Following Indus Motor Company and Honda Atlas, Pak Suzuki Motor Company (PSMC) became the latest carmaker to jack up prices across its entire vehicle line-up with the hike going as high as Rs129,000.

The development comes after Toyota, citing “sudden devaluation of Pakistani Rupee,” increased car prices across its entire CKD line-up last month, with the hike going as high as Rs580,000. Honda Atlas then notified increase in prices citing the same reason.

Suzuki stated that the price revision will be effective May 9, 2022.

The price of Swift GL CVT has gone 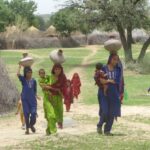