COAL: Newcastle coal futures were trading around the $350 per tonne mark, close to levels not seen since early May, amid signs that supplies will be adequate to meet winter demand in Asia and Europe.

The European ban on coal imports from Russia as part of sanctions for its invasion of Ukraine gave other producers, particularly South Africa, an incentive to boost production and exports.

On top of that, top consumer China vowed to raise coal production capacity this year by 300 million tonnes, which is about equivalent to the amount of coal China usually imports yearly.

The International Energy Agency sees global coal demand growing by roughly 1% from 2021 to about 8 billion tonnes this year, matching its all-time peak in 2013. Newcastle coal plunged more than 15% in October, the worst monthly performance since November 2021.

While InternationallySteel sector decreased 5.57% to 3372 CNY/T, amid signs of increasingly low demand for industrial and construction input materials.

Fresh data showed that shipments from the world’s two top exporters Australia and Brazil have slowed by 20% and 11%, respectively, since the start of the month.

On top of that, data from top consumer China showed that investment in the country’s giant property sector fell more than 8% year-on-year in the first 9 months of 2022, signaling a lower use of steel. 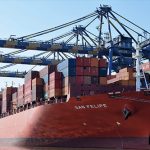 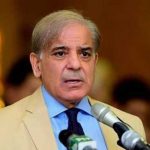