Islamabad):Former President of  (ICCI) Dr. Shahid Rasheed Butt on Monday said Pakistan has enough oil and gas to satisfy all its needs for the next fifty years.

Pakistan has coal reserves that are enough to satisfy the needs of the country for the next few hundred years, which should be utilised as the majority of local companies, are still relying on imported coal, he said. Shahid Rasheed Butt said that incentives should be announced for foreign oil and gas exploration companies to reduce dependence on fuel imports and ensure energy security.

The foreign companies, which have been forced to leave the country, should be called back with all kinds of assurances and good incentives so that the energy situation in the country can be improved, he added. He informed that apart from coal, the oil and gas import bill is on the rise resulting in massive deficits which cannot be repaid without loans.

He said that according to a report by the US Energy Information Administration, Pakistan has gas for the next 53 years and petroleum reserves for the next fifty years but instead of extracting it, we are spending billions in importing fossil fuel.

Pakistan needs at least 30 billion dollars over the 12 months to pay off debts and liabilities but the government does not have the money and the country’s economy lacks the capacity to repay loans therefore fresh borrowing is needed to repay old debts, he observed. 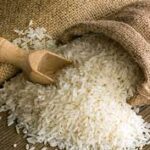 Previous Article Pakistan Exports Rice Increase By 10.73pc To $1066 mln in 1st half

Brent crude oil : Traded near $96 per barrel on Tuesday after falling nearly 2% in the previous session, as a strong dollar and a weakening […]

PETALING JAYA (B-Trams) :  Palm oil  prices are expected to remain supported in the quarters ahead backed as analyst said by factors like market access […]

WTI crude oil futures rose above $80 per barrel in holiday-thinned trade on Tuesday, as China reversed Covid restrictions further while winter storms across the […]